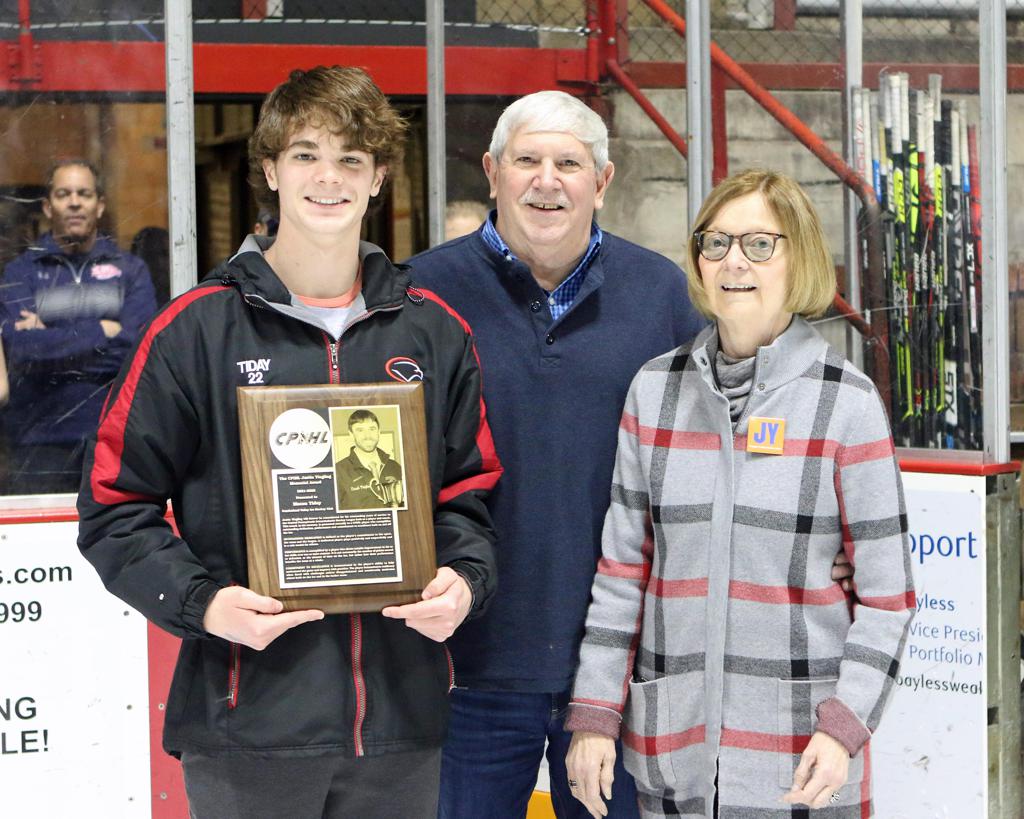 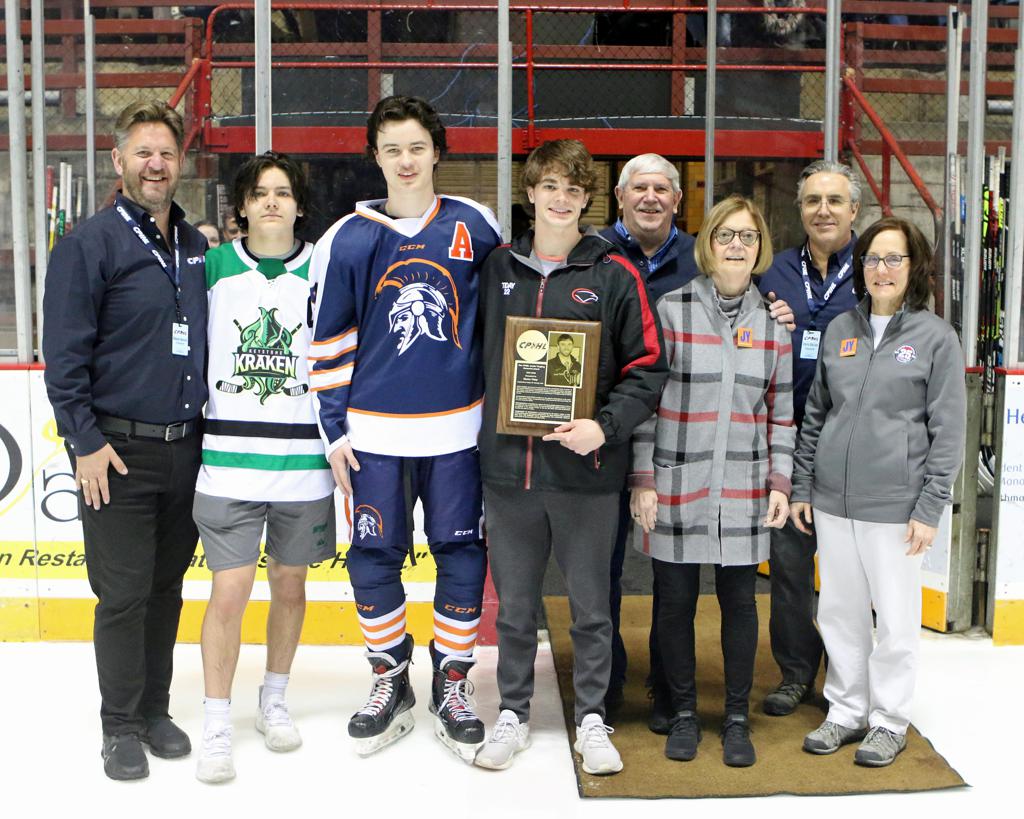 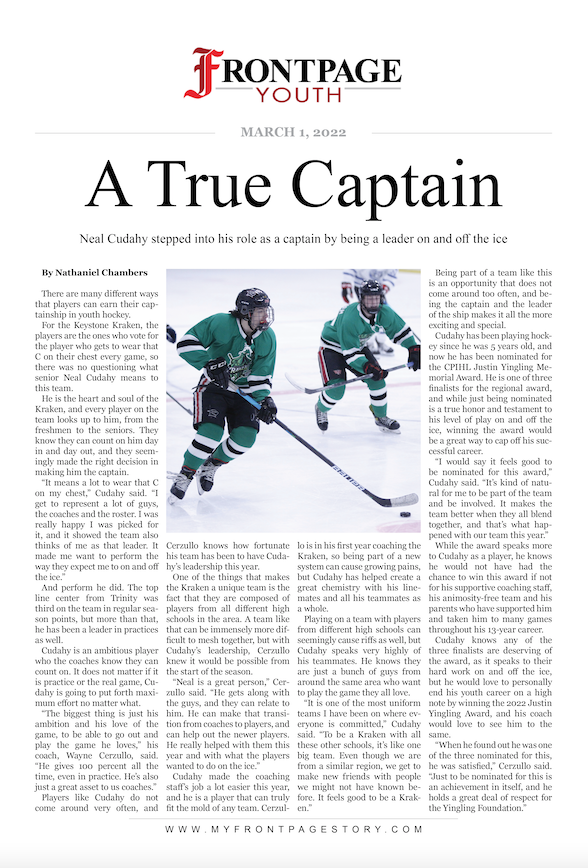 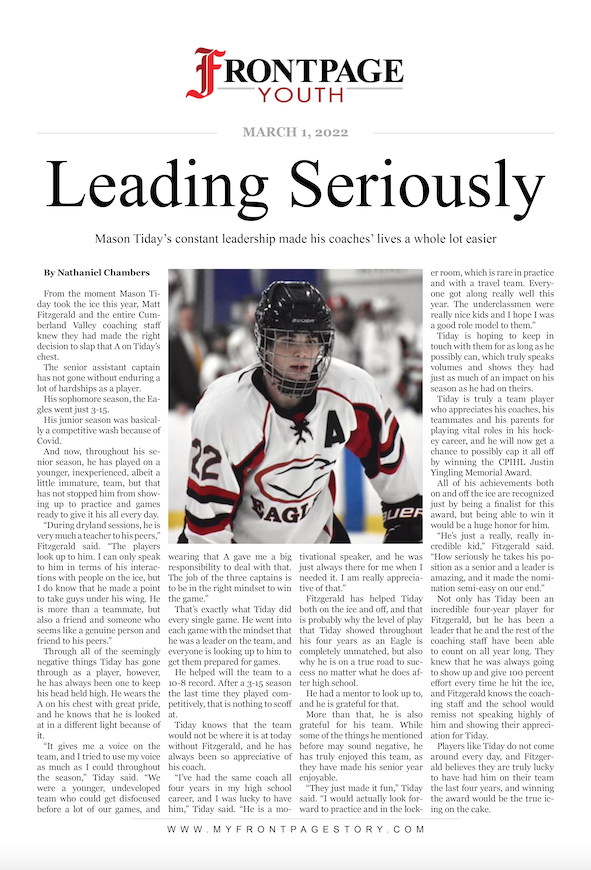 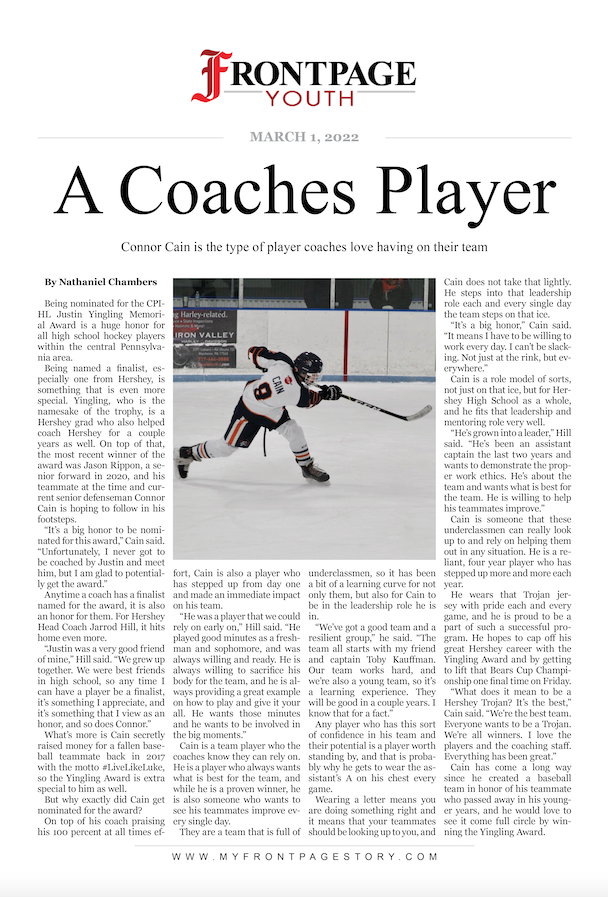 Jason was presented with a plaque and a scholarship in the amount of $500 during pregame ceremonies prior to the Bears Cup Final, in which Jason competed and scored a goal.

Congratulations to Jason and the other two finalists, Jared Gordon and Michael Soule! 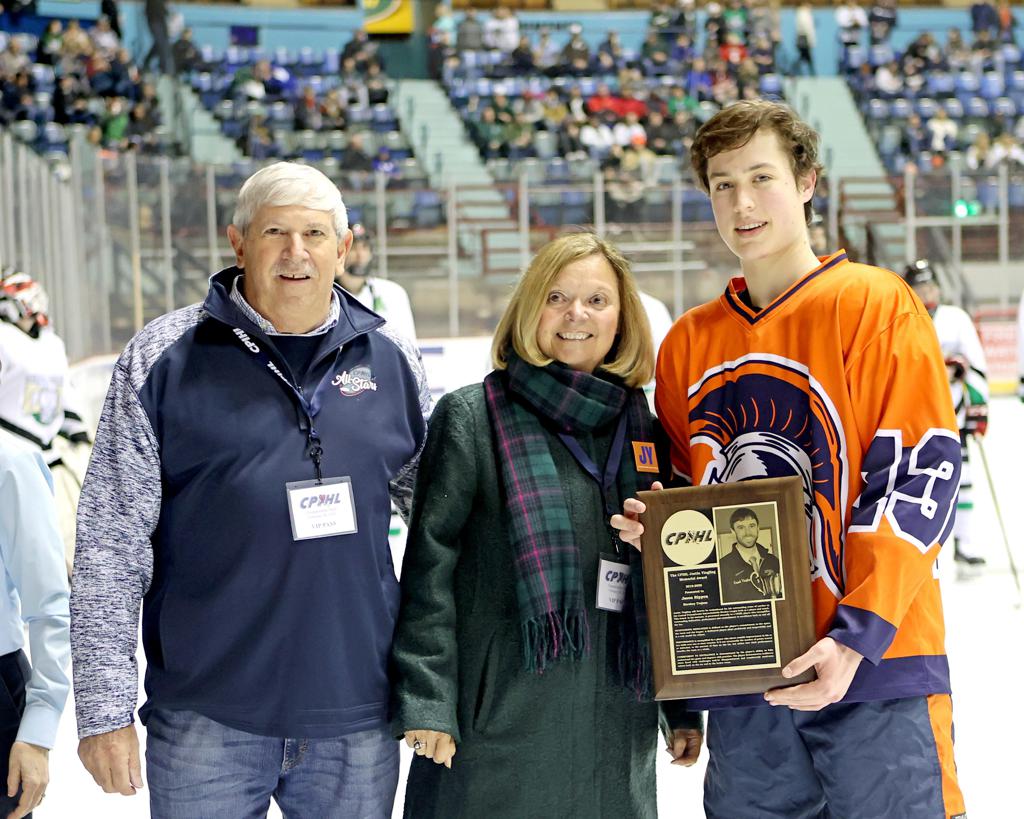 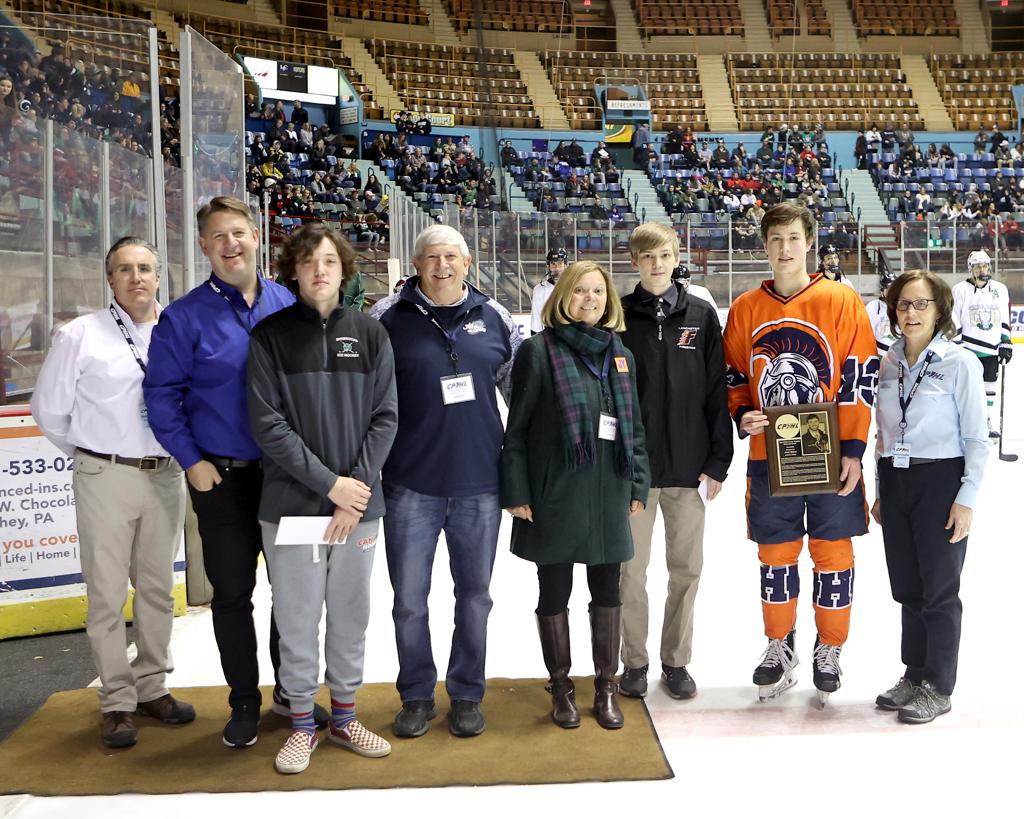 The CPIHL is pleased to announce the finalists and all nominees for the 2020 CPIHL Justin Yingling Memorial Award. The three finalists will be recognized and the winner announced between the Viola and Bears Cup games on Championship Night, Feb. 28. We encourage you to read each of the finalists' stories below.

Justin Yingling will be remembered for his outstanding years of service to the CPIHL both as a player and coach. This award, in his memory, will be presented annually to a CPIHL player who exemplifies outstanding dedication, performance and commitment to excellence both on and off the ice.

This honor will be awarded to one senior CPIHL hockey player, nominated, in writing by his coach or other club official, and selected by the CPIHL Award Committee. Three finalists will be chosen and recognized, with the sole winner receiving a $500 scholarship from the Justin Yingling Memorial Fund to be presented at Hersheypark Arena on CPIHL Championship Night.

Coaches may nominate one senior player from each varsity team. This nomination must be submitted in writing, to be no longer than one single-spaced typed page. It should include specific examples of the players’ dedication, performance and commitment to excellence as defined below. Nominations must be submitted by Jan. 21, 2022 to CPIHL President and Award Committee member Steve Aaron (president@CPIHL.com).

OUTSTANDING DEDICATION is defined as the player’s commitment to the sport, the team and the league. A dedicated player plays positively and respectfully and is a role model for others. The player communicates in open, direct, respectful conversation with fellow players and coaches and willingly listens to the ideas of others.

PERFORMANCE is exemplified by a player who shows notable improvement in his or her skills over one or more seasons. The player sets personal goals to improve performance and welcomes feedback from coaches as a way to improve their skills. It is not necessarily the number of points scored or defended, or the amount of time on the ice, but rather how their performance benefits the team as a whole.

COMMITMENT TO EXCELLENCE is demonstrated by the player’s ability to fully understand the game and improve with practice. The player demonstrates resiliency when faced with challenges and/or disappointment. He or she consistently motivates others and displays a high level of enthusiasm both on the ice and in the locker room. 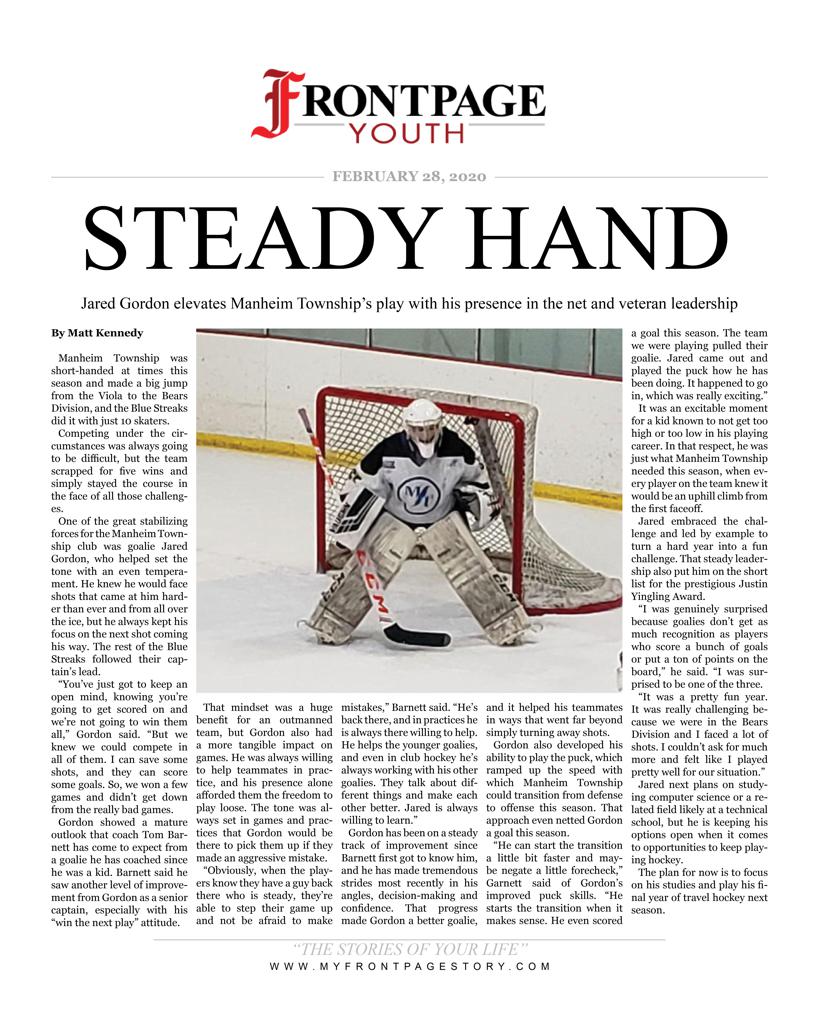 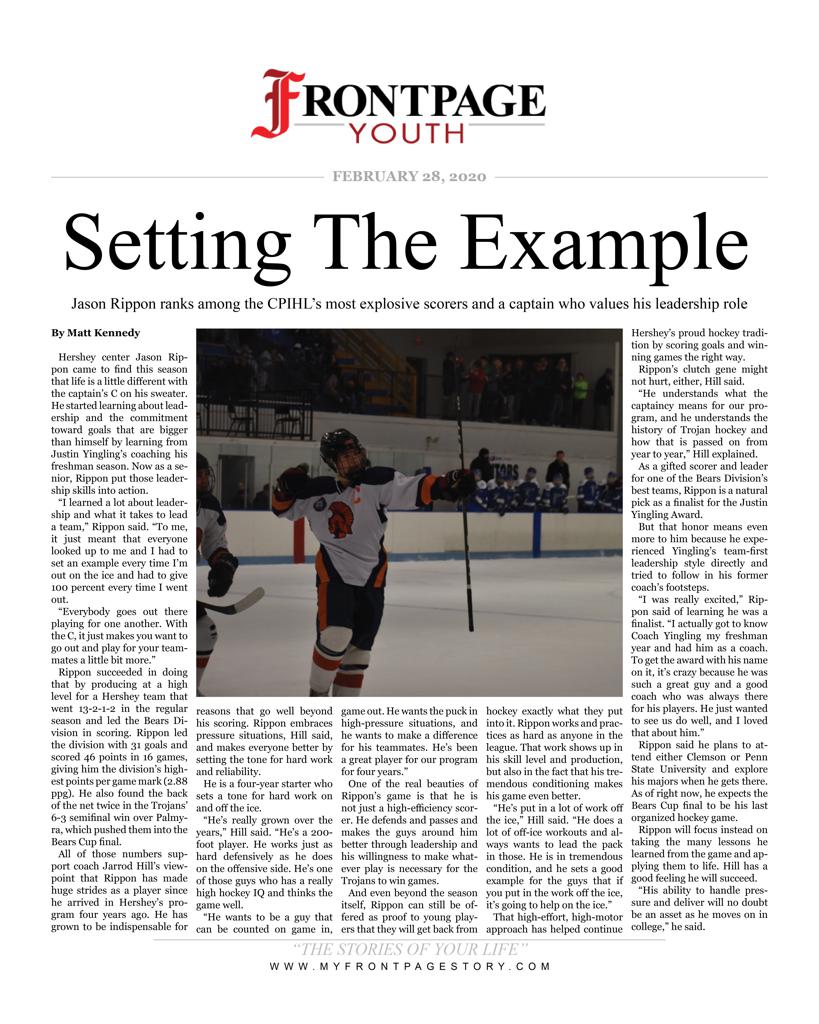 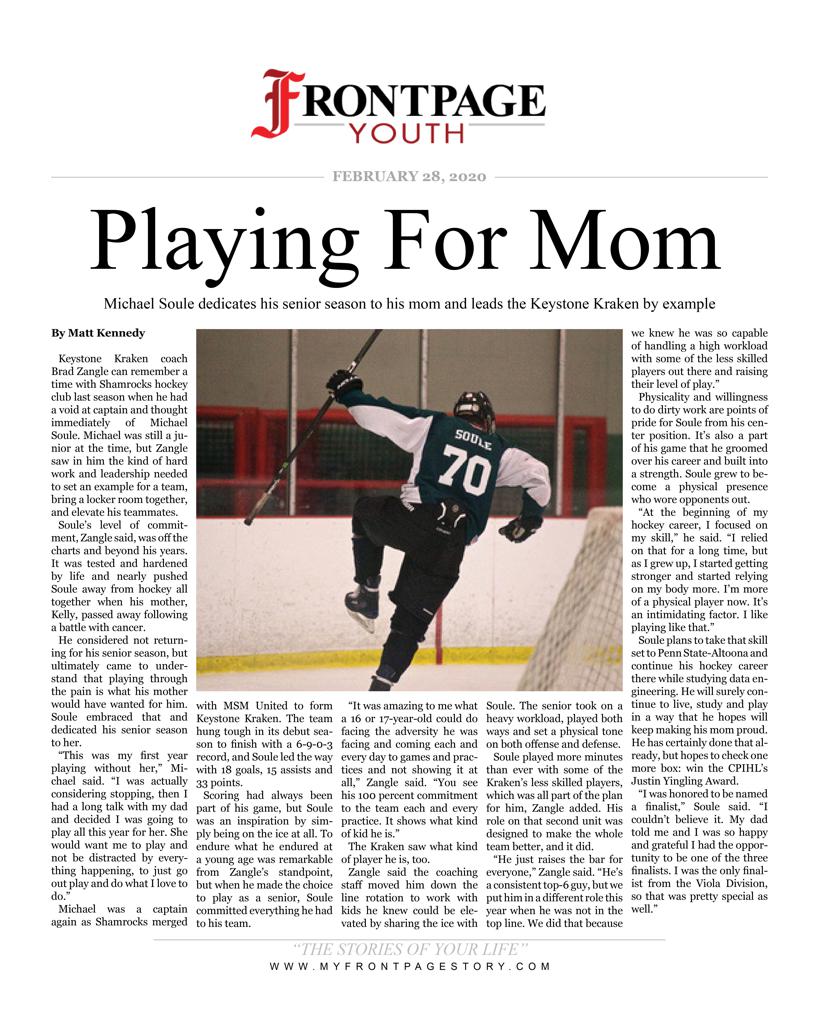 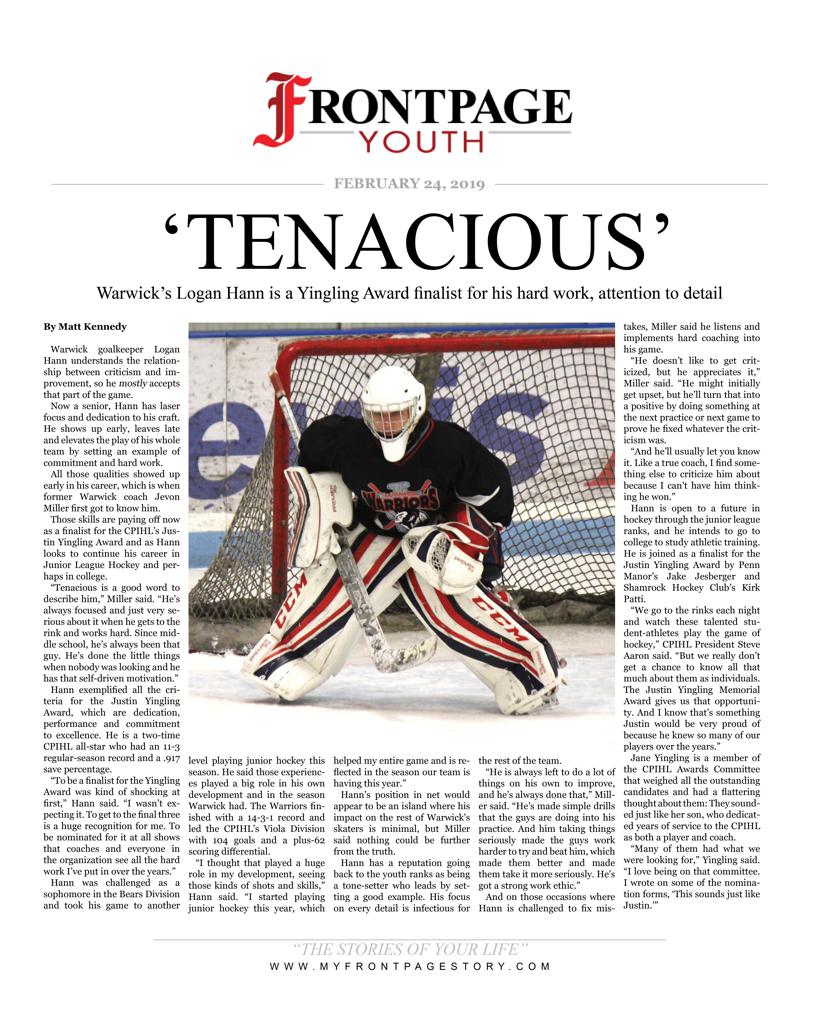 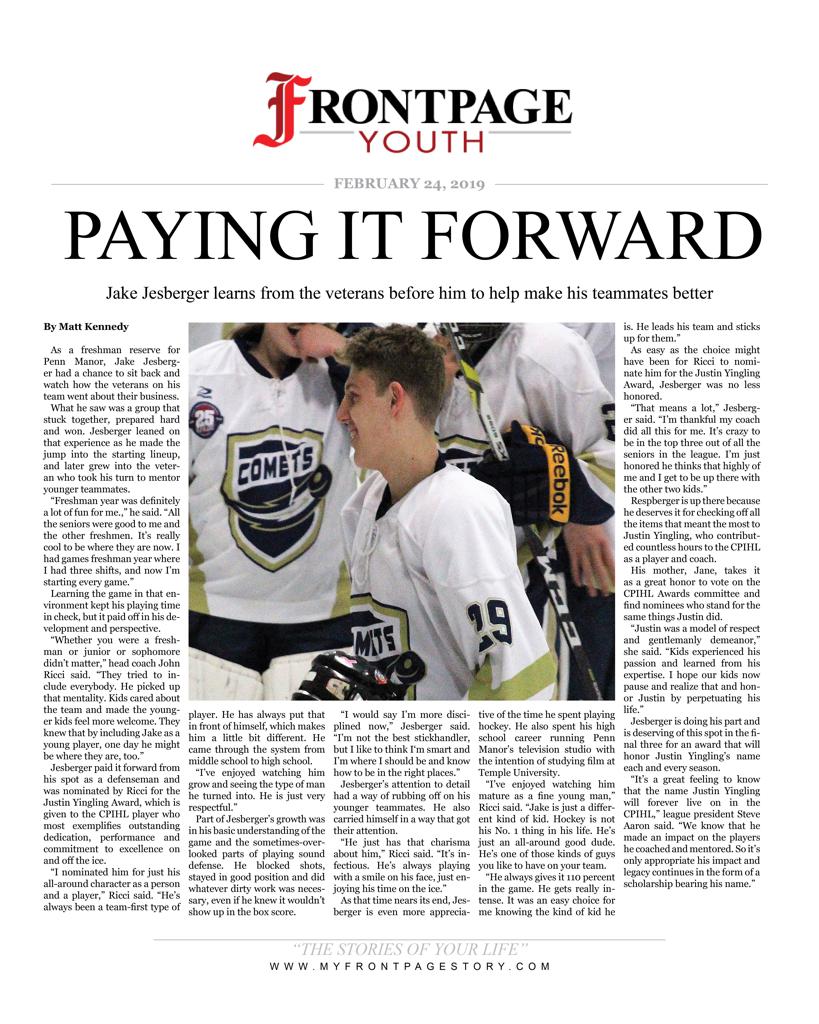 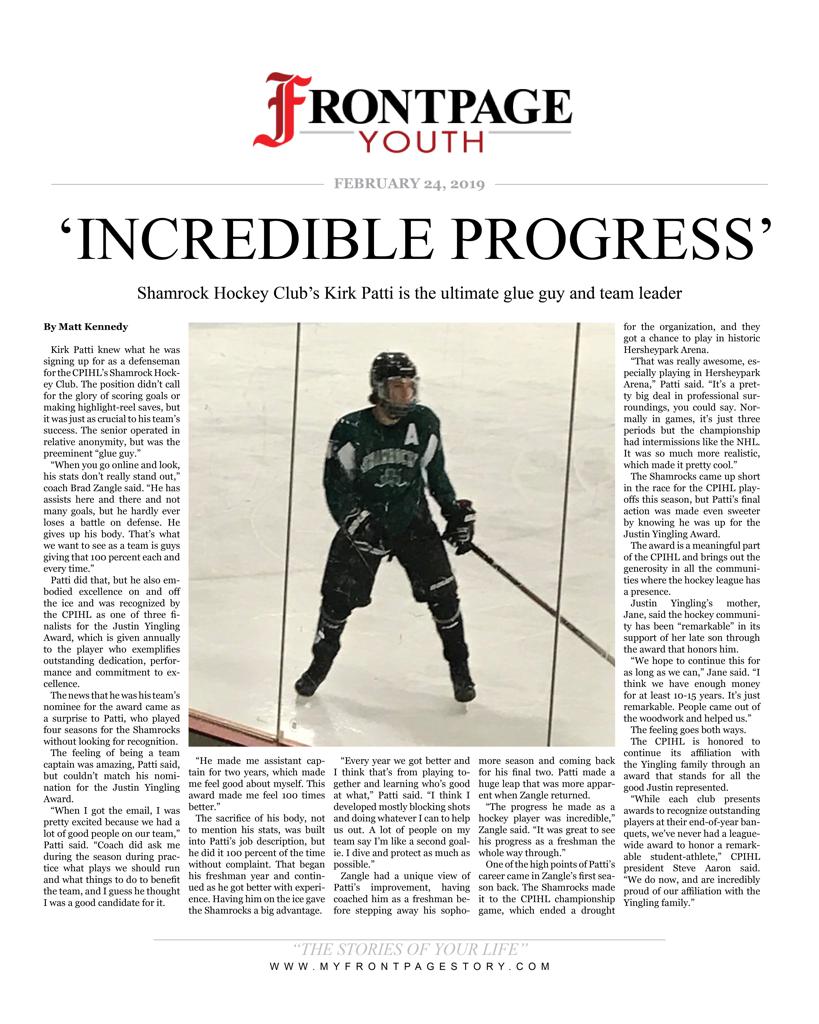