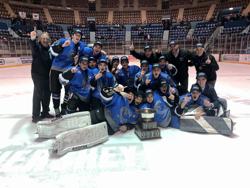 Behind magnificent goaltending by Nolan Harner (38 saves on 40 shots) and offensive production from Todd Griffiths and Anthony Long (2 goals each), the Cedar Crest Falcons defeated the previously top-ranked West Shore squad 5-2 to win the Viola Cup!

It was a tough ending for a West Shore team that quickly advanced to the finals, and should not take away from their accomplishments on what was an excellent season.

Congratulations to the Falcons - the 2020 CPIHL Viola Cup Champions! 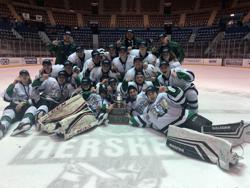 It's doesn't get much more thrilling than this one! The Central Dauphin Rams won the Bear Cup in dramatic fashion when William Hershey scored in overtime to defeat the Hershey Trojans 4-3.

The Trojans jumped out to an early 2-0 lead with goals by Toby Kauffman and Jason Rippon. But three 2nd-period CD goals (Dorman, Kiely, Smith) gave the Rams a 3-2 lead heading to the 3rd period.

Once again CD goaltender Evan Petras was stellar in net, stopping 28 of 31 shots. In fact, Hershey outshot CD 31-20, however, Petras kept the Rams in the game with timely saves throughout.

Congratulations to the Hershey Trojans on another outstanding season, but this year the Bears Cup goes to the Central Dauphin Rams!

Below are the Final 2020 Bears & Viola Division Playoff Brackets 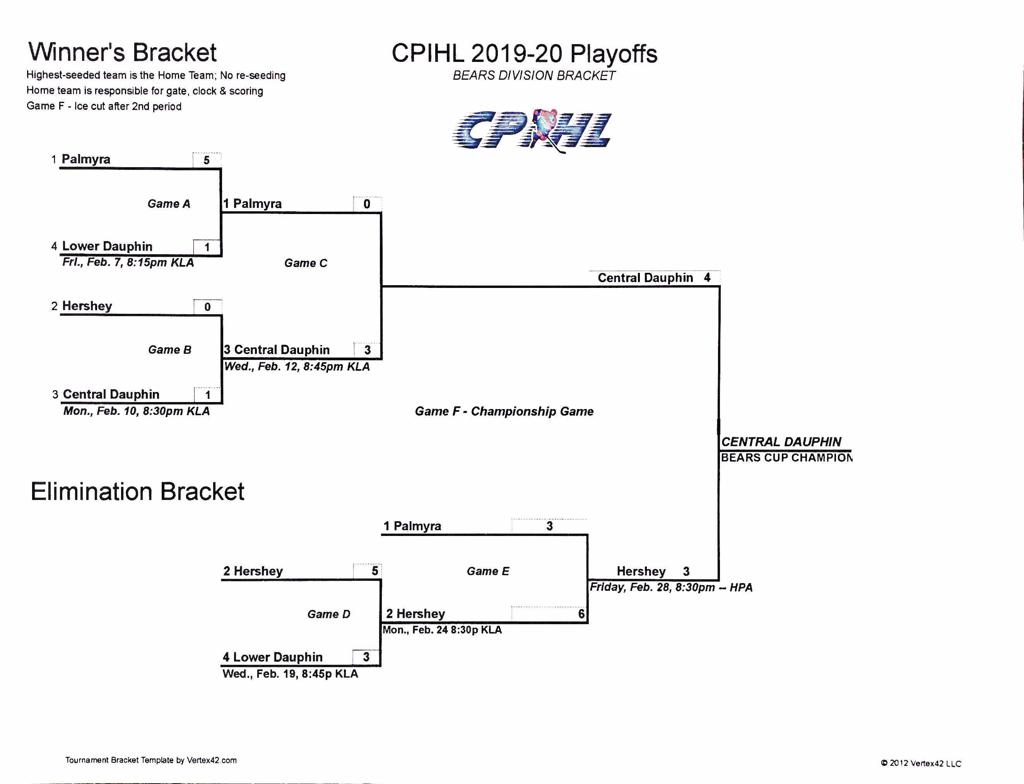 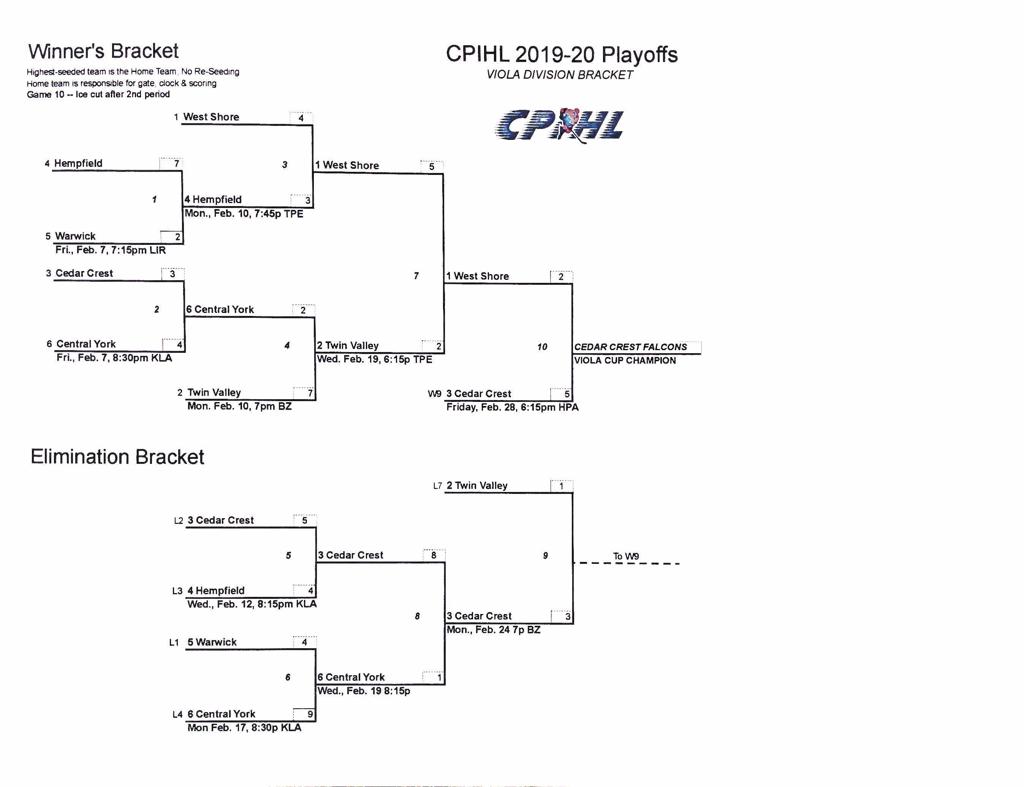 Logan Myers with one of his four goals vs Warwick! 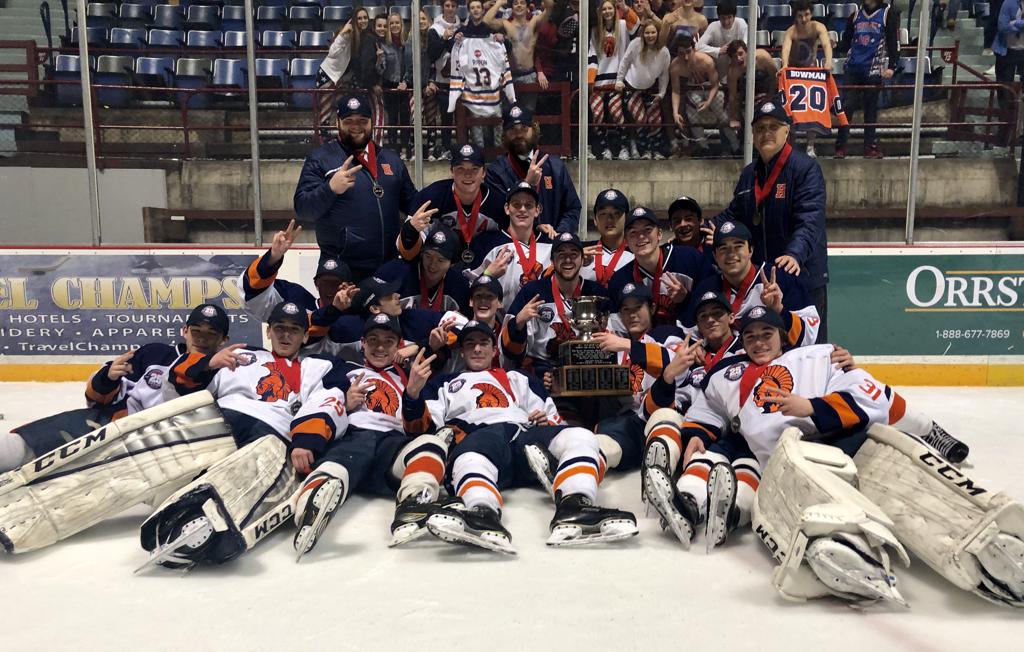 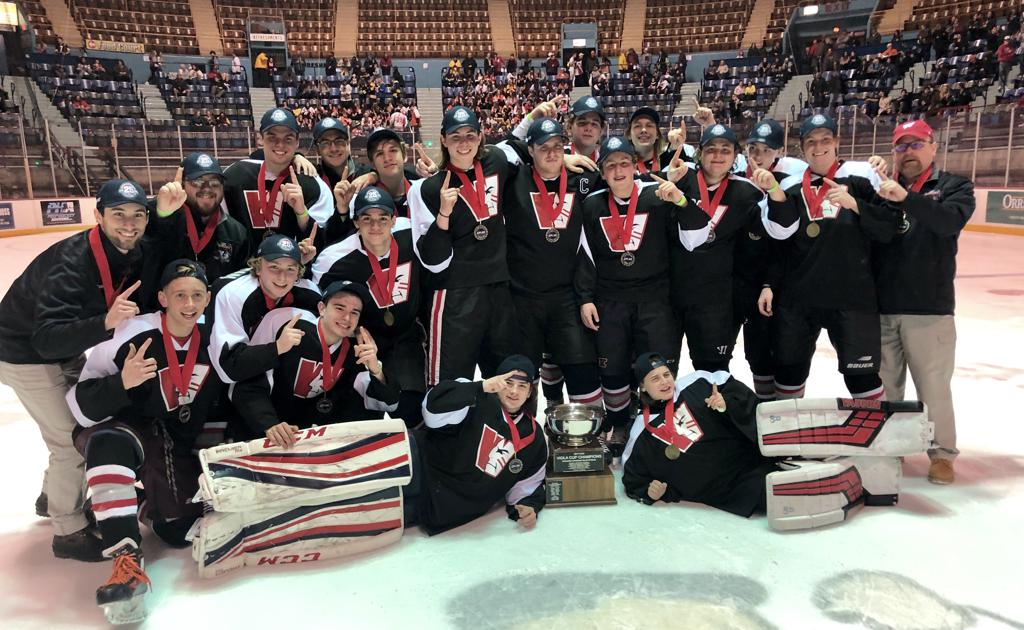 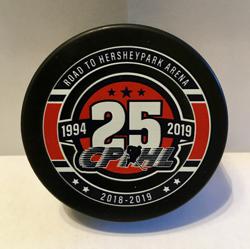 CPIHL Championship Night is this Friday, March 1. And now we know who will play for the Bears and Viola Cups!

Monday at Klick Lewis Arena, the top-ranked Hershey Trojans knocked off second-ranked Central Dauphin 4-1. Hershey goaltender Christopher Larkin stopped 27 of 28 shots he faced, and goals by Brady Bowman (2) Ian McDonald and Adam Paymer paced the Trojans to the victory. Congratulations to the Rams on a fine season that came up just short.

Hershey will face rival Palmyra for the Bears Cup championship!

In Lancaster, the Warwick Warriors outlasted Penn Manor in what was a back-and-forth game until two third-period goals proved to be the difference. Tai Stern (2) Kyle Zimmerman and Brady Zimmerman were able to get shots past Comet's netminder Pariket Mahapatra, who stopped 25 of 29 shots. For the Warriors, all-star goalie Logan Hann stopped 24 of the 26 shots he faced. Congratulations to Penn Manor on their fine season.

Warwick will face West Shore for the Viola Cup championship!

Check out the latest playoff brackets below. 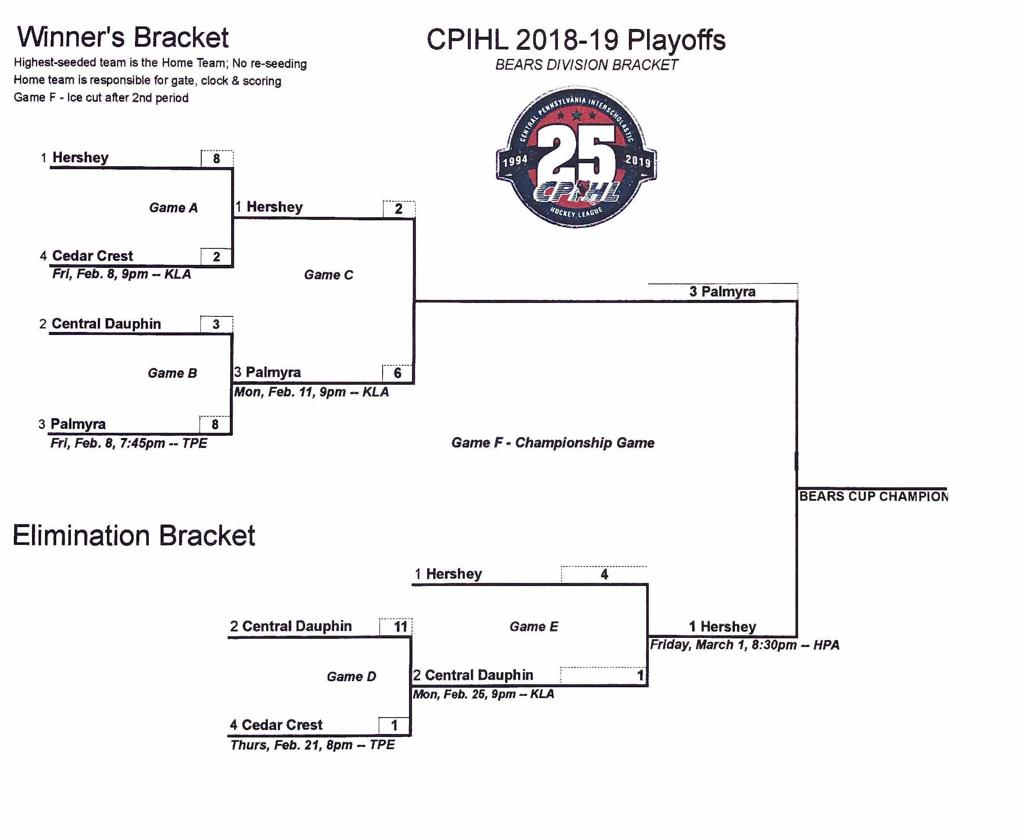 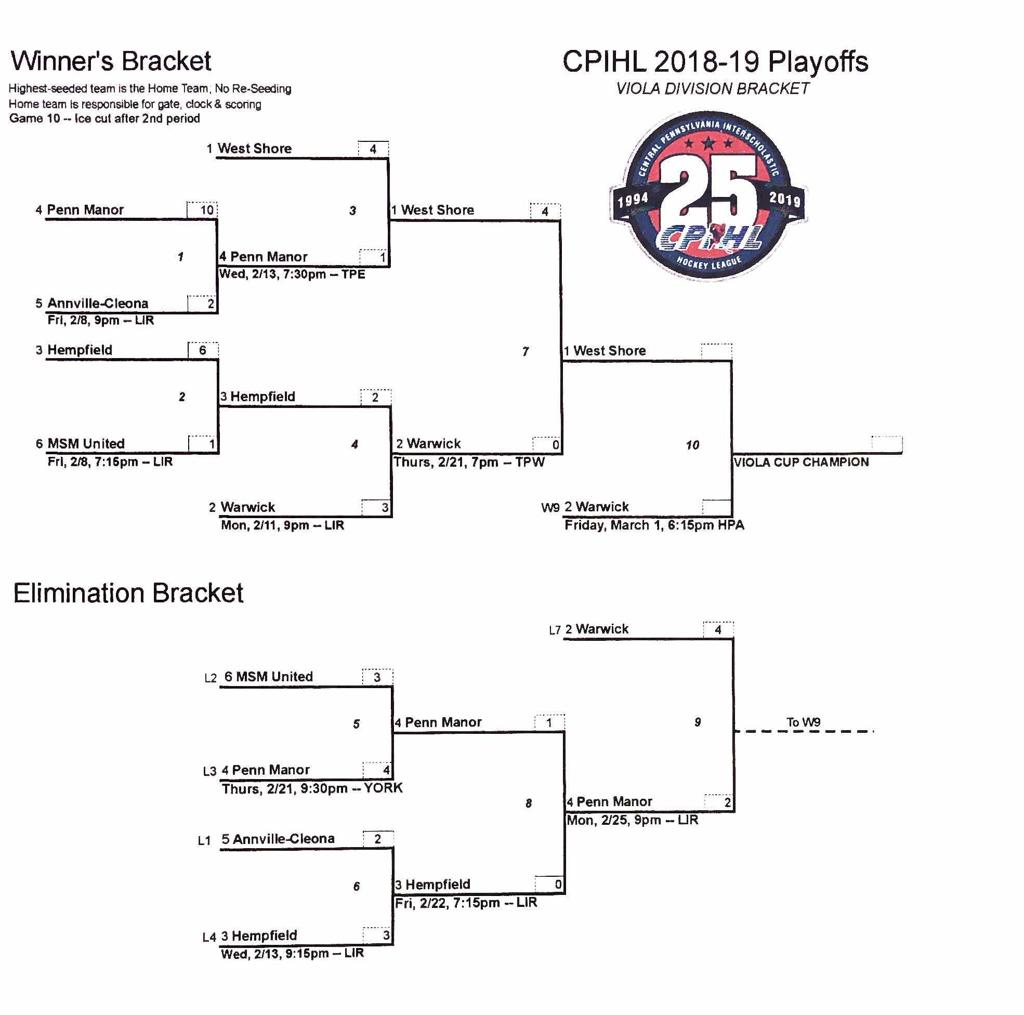